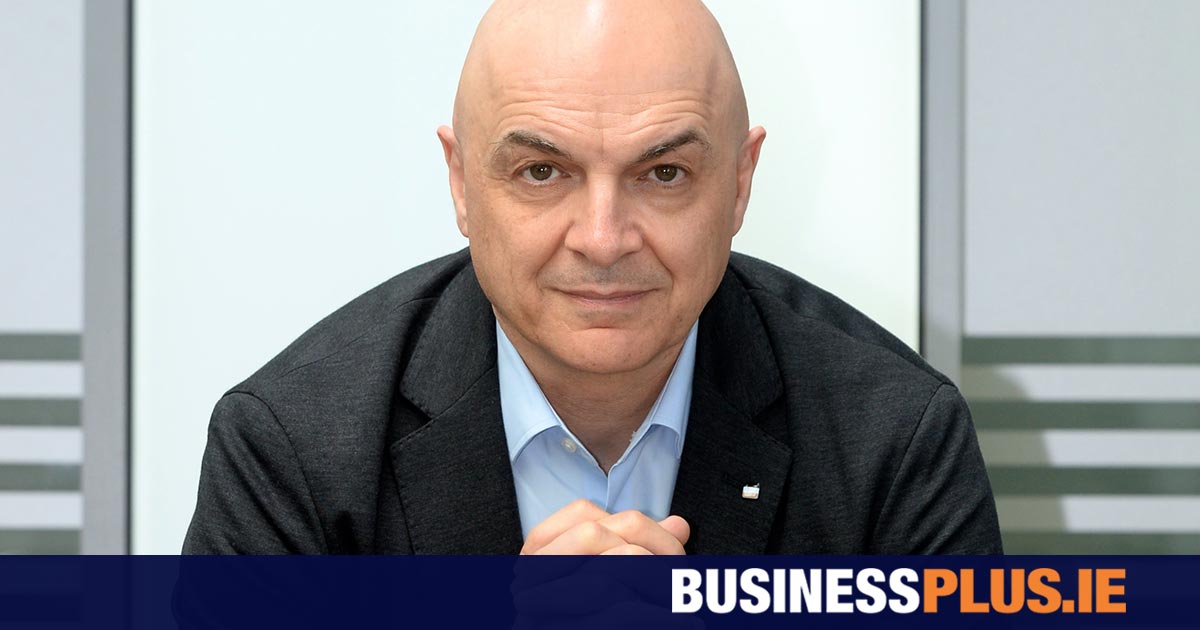 Roy Zakka made his mark two decades ago with mobile phone software. Now he’s trying to repeat the trick with a neobanking platform in Africa, he writes Gerry Byrne

Roy Zakka perpetually refers to himself as “just a geek”, who queued for the first ever iPhone in California, but even that modest description starts to run a little thin when he proves unable to admit a colleague to our conference phone call.

“I’m a wizard at Zoom but I rarely use Google Meets,” he protests.

Yet this is the guy who produced ground-breaking mobile phone software and engineered Ireland’s first mobile phone banking app for AIB over 20 years ago. “Yes, but that was ages ago,” he laughs. “You are making me feel old now.”

Today Roy Zakka (59) is running Layer Digital Solutionswhich develops online banking software, and my opinion of his geekiness improves dramatically when he offers to help me set up my own online bank in a month with just 99 clicks of a computer mouse.

It is, he insists, that simple. “In the background we have people who have banking licenses to operate for you, issue MasterCard, etcetera. We have packaged this as a one-stop shop and you’re very quickly up and running.”

The prime proof of Zakka’s concept is in United Bank of Africaa Nigerian bank which is using Layer software to add 18 million new online customers spread across 25 African nations.

It follows the earlier announcement of a partnership with credit supplier Railsbank to provide white label banking for global brands which can now embed finance capabilities on their digital platforms.

“We have been responsible for all of their tech stuff,” Zakka explains. “Another customer is Zenith Bank, whose digital online solution is based on our platform, while a bank in Bahrain is also launching a digital bank based on our platform. And there are other African banks in the pipeline too.”

Layer’s pipeline is mostly composed of banks that want to expand digitally instead of opening new branches, says Zakka. “For example, Nigeria has a population of 200 million and is a huge country, so not only is building branches expensive it also takes time.”

Zakka studied software development in California at Stanford University and worked at Stanford’s Linear Accelerator Center, a forerunner of the Great Hadron Collider, before going to work for the Stanford Research Institute, also as a programmer.

He earned spare cash from a student business making computers while studying in Stanford and later developed a consulting business, as well as founding several start-ups.

He formed Jinny Software in Dublin in 1999, which produced software for the mobile phone industry. Zakka and his wife reportedly earned c.$8m on selling a majority stake in the venture to an Italian company in 2001. That business is still going although under a different name.

“I laughed all the way to the bank, as they say”, he recalls. “At the time my peers were all taking stock in dot.com companies in the US as payment for their start-ups and they made fun of me for settling for cash. And then the dot.com bubble burst and they did nothing.”

Zakka’s connection with Ireland came about because of a consultancy role with Eircell to which he had licensed software. With Jinny he also created a mobile banking app for AIB based on an early Nokia smartphone. He has lived here several times since and has now applied for full residency in Ireland.

Subsequently he says he tried retirement but found it overrated. “I was bored out of my mind so I got back into software consulting.”

Zakka adds that frustration when trying to handle his bank finances via a mobile phone led to the creation of Layer in 2012. He called the venture Layer because it can sit on top of, and operate independently of, banks’ legacy software, some of which , he explains, can span two centuries.

Is there a pattern to how Zakka approaches start-ups like Jinny and Layer? It seems that he specializes in creating software modules through which enterprises like banks and mobile phone operators can create new products and services without disrupting their existing digital platforms.

What started as the solution to one particular banking problem appears to have resulted in the creation of a whole new alternative way of providing banking and many other financial services online. Did he just sit down today and say, ‘I want to redesign the entire online banking system?’

“That wasn’t how I looked at it. It was more a case of having worked with mobile phones and the cloud and some pretty advanced technology and seeing that banks were behind the curve. So I started approaching the banks and working my way in .

“Every time I would replace one layer for a bank I realized that the layer underneath it also required attention. I started by coming from a customer experience point of view to work my way inside the bank one layer at a time. It is not like I said I was going to reinvent banking.”

Yet, that’s pretty much what Zakka was trying to achieve, and he was not welcomed with open arms. “Some banks didn’t like the fact that I was a geek coming from the outside, not a banker. They did not like me trying to tell them I could do a better job.”

In fact resistance from European and other western banks was a major factor in Zakka’s decision to target African and Middle Eastern financial institutions to prove his concept and seek launch customers.

The cloud was one of the local stumbling blocks. In order for Layer software to be scalable, it needs to be hosted on the internet, and for security and other reasons banks were reluctant to deploy online distributed software.

“Layer was never something you could scale by installing it in one bank branch at a time,” he remarks. “We started in the cloud and were ahead of our time. But we only found one bank to sign up with us early on and that was because they never asked the regulator for permission.

“Other banks said, ‘no way are we going to put our data in the cloud, you have to do it on the premises’. Now the banks are saying we can use the cloud so we are back to where we started.”

Zakka says that Layer’s SaaS platform delivers banking services to over 25 million consumers through partnerships with United Bank for Africa, Al Baraka in Bahrain, Al Alizz in Oman, Zenith in Nigeria, and First National Bank in Lebanon. Layer has also partnered with finance platform Railsbank, which aims to enable any business or brand around the world to embed digital finance into their customer journey.

The partnership with Railsbank means that Layer can offer a white-label Banking-as-a-service platform to fintech, e-commerce, and brands. The embedded finance sector, where services are offered within non-traditional areas such as in-store shopping, is growing rapidly, especially buy-now-pay-later, a key element of embedded services

Established a decade ago in 2012, Layer Digital Solutions Ltd has been a slow burn for Roy Zakka. Accumulated losses to the end of 2020 amounted to $4.4m, although the company has turned the corner. The 2020 accounts filing shows turnover increasing to $3.6m from $540,000 the previous year, and the net profit was $950,000.

Having proven the concept in Africa and the Middle East, Zakka insists that acceptance of Layer is growing among European institutions. Sober high street banks are leveraging their licenses to launch funky online banking and credit options which appeal to younger market segments. A product like Layer enables them to go to market fast.

“Although if some big company comes and says we love what you’re doing, here’s a big cheque, well then, why not? But the idea right now is we want to scale it, we want to make it big, we want to be the next Irish unicorn. So watch that space. Okay?”